A discussion on image in the workplace. On the 19th of April Fotodok presented the 14thedition of Sceneries. During our Sceneries events we bring together an image-maker and a theorist, to present – from their specific background- an aspect related to the theme of the exhibition Why Work? All this, while enjoying delicious food from neighboring restaurant SYR. 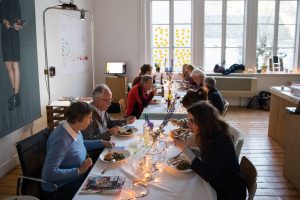 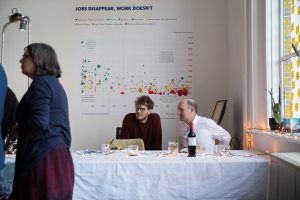 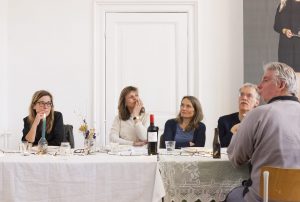 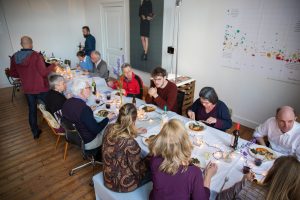 Suzan Steenman of WOMEN Inc. and photographer Daantje Bons talked about gender image in the workplace. A subject that’s hugely influenced by the media, and where both the world of business and of government should take their responsibility. At the same time, we are all part of it and feel consciously and unconsciously the advantages and disadvantages.

WOMEN Inc. is an organization that exists since 2014 and is committed to the equality of women via three central themes: healthcare, money and imaging. WOMEN Inc. unravels, connects, translates and reinforces. These strategies remind me of Fotodok. The role we both try to take on in public discussions is very similar. WOMEN Inc. does so through research, lobbying and campaigning while Fotodok brings together pictorial stories in exhibitions and in its programs. Another similarity is that we are both keen on quality, and opening up content for a large public – without being patronizing. 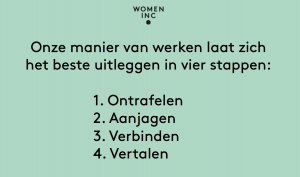 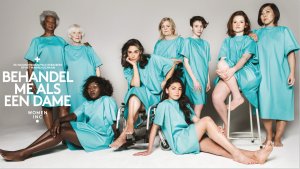 During Suzan Steenman’s presentation I heard sighs of amazement from the audience, especially when one of WOMAN Inc.’s spear points was mentioned: healthcare. Almost all drugs we use today have been tested on men and that’s the reason why the risk of side effects is 60% higher for women. Hormonal fluctuations often influence the variable outcomes during testing, which makes it very complicated. Testing drugs on men is much simpler but has also major consequences for the health of women. 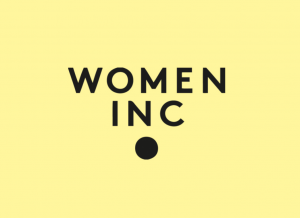 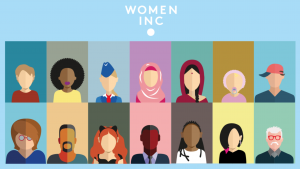 Suzan showed images that confront us with everyday stereotyping. Sometimes it’s evident, but often we only see it when it’s pointed out. Which demonstrates that everyone is biased towards the dominant group. Our awareness of this bias is a first step. We’re familiar with pink toys and pink clothes for girls and blue ones for boys. Often in combination with terms like sweet and cute for girls and cool and tough for boys. But Suzan revealed that it’s not just about young children, we see it also in job vacancies: you often see that images and words used in a vacancy are more attuned to men. Certain types of work are associated with men and so the job ads are in image and text made for men. Think of vacancies in building, industry, everything connected with technological developments, agriculture et cetera. We see this norm confirmation and stereotyping in both image and text. You see for instance often ‘female leadership’, but seldom ‘male leadership’. Are you interested in this subject? WOMEN Inc. shows the role of media makers in imaging in the publication ‘limited view’. 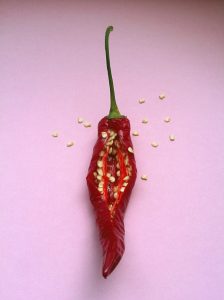 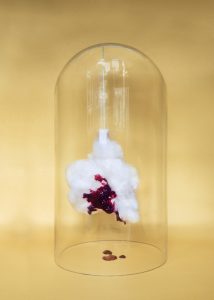 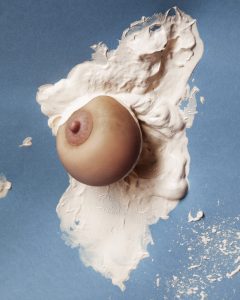 Our second speaker of the evening was Daantje Bons. She graduated from art academy AKV | St. Joost with the project ‘ Features of Femininity’ in 2014. This project is a search for the male and female aspects of her identity. She works intuitively and analyses afterwards what she has made. Typical for her work is the use of her own body as object in this search for both sides of her identity. Daantje always uses humor as a communication tool. Her images appear at first sight esthetic, soft and enchanting but the substance is sharp and provocative. The work is suggestive, nothing is what it seems. 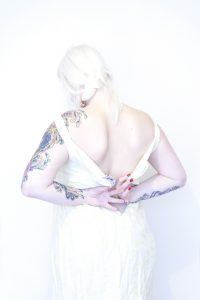 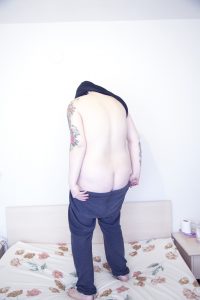 Daantje is in constant conflict with Facebook with her personal ‘nipple gate’. Her images are often rejected, based on ‘sensitive content’. Facebook applies different guidelines for the use of online images; these guidelines are again divided into different sections. In the context of Daantje’s pictures, the section on ‘encouraging respectful behavior’ is the most interesting. This section names the prohibitive nude content: genitalia, naked buttocks, female breasts (when a nipple shows) are not allowed. Female nipples that is, for male nipples don’t seem to be a problem. Look at Daantje’s work on her website and you’ll understand the impact of these rules. You also see how Daantje tries to circumvent these rules by using suggestion – sometimes successful, sometimes not. The result is that she is days, weeks, sometimes even months suspended from Facebook. She works on an on-going project ‘Gender Playground’ since 2015. It is a compilation that unravels, discusses and confronts image making of women. We’ll certainly hear a lot from Daantje in the coming years, both nationally and internationally.

Would you like to come to a Sceneries evening? Please check Fotodok’s event agenda.